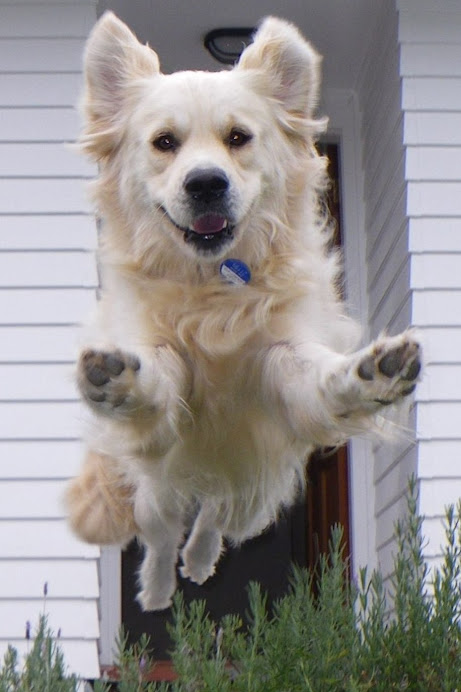 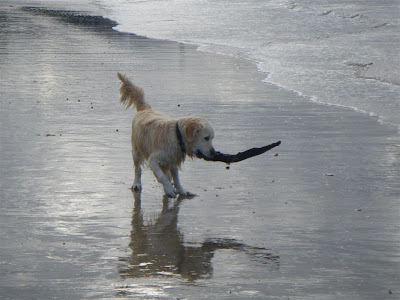 Sunday afternoon and a mid-winter trip to the beach with my humans and Enzo. A first for him - he's never been in salt water, whereas I've been a salty dog for a long time.
I try to persuade the young fella that things will be OK - after all he is a Golden Retriever, and we are meant to be water dogs. You'll notice that I've already had one dip into the waves (the smell of the sea air makes me straight to the waves) and also that I get to be off-leash (my humans know I am voice controlled so don't need to be reeled in on a long line anymore, but Enzo is still being trained to come back).
﻿ 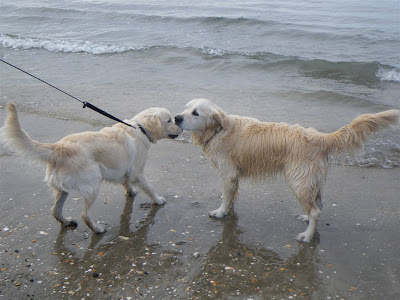 However the wee pup wants to walk along the beach first. 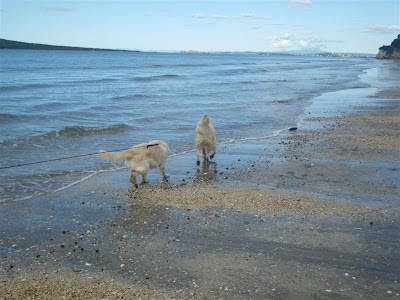 And then he slowly follows  me... 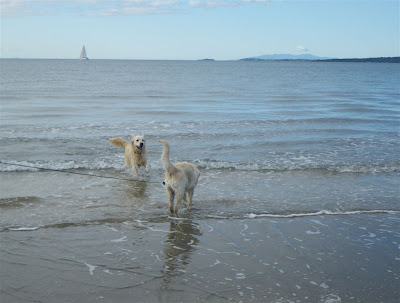 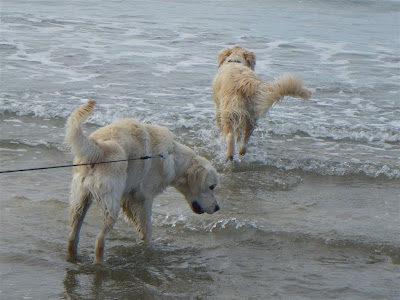 until he gets his feet wet. Don't you love the look of disgust on his face? 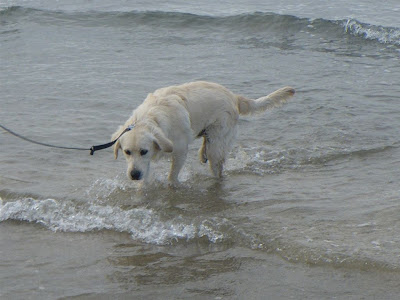 Another try, and the leap of a golden retriever, 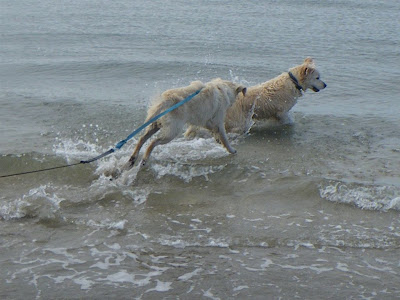 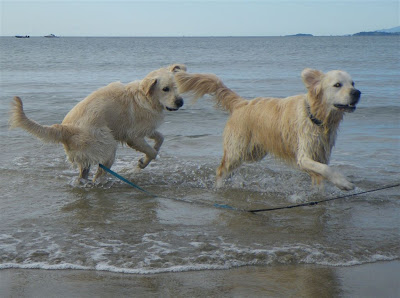 and then this.  Although I'm half out of the frame mum wanted to include it anyway as she says that you will notice the look of absolute joy on my face and the look of something else on Enzo's face. 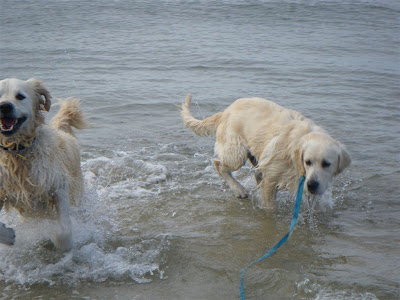 It seems Enzo is more interested in sniffing the sand, 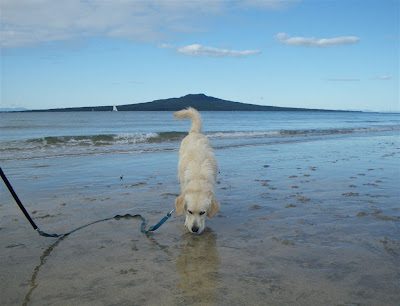 and digging, whereas the water and the big stick I found (in the first photo) are what makes me truly happy. 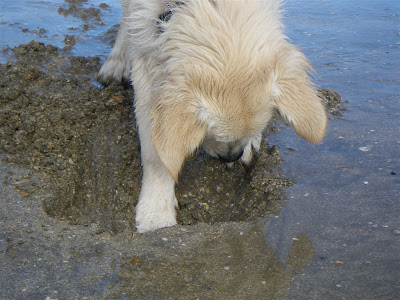 Eventually he went into the water, but it took him ages. So that was Enzo's first visit to the beach. If you have read any of my earlier posts you will see I love the beach, I love getting wet in rivers and I even love the garden hose. 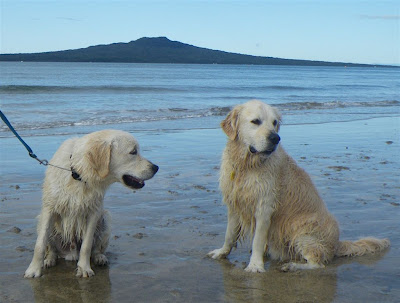 However, it was a fun afternoon for three of us (and Enzo survived), so my humans are keen to take us both back to the salty water sometime soon to see if I can teach the young pup to swim in time for our New Zealand summer.
Woofs,
Riley
at 6:19 PM 12 comments:

Monsters in the sky!

Yesterday afternoon I was enjoying a nice mid-winter walk in the park with Enzo and my humans. Enzo and I were busy sniffing the long grass, listening to comments about what nice dogs we are and getting pats from young children when all of a sudden a large floppy thing landed on top of me. It just fell out of the sky and covered me so that mum couldn’t see me. Then I felt the monster’s whisker like things wrapped around my legs.

Unfortunately there are no photos of my courageous encounter with the beast, but mum was amazed that I stood so still when she told me (instead of fighting with it and tearing it to pieces) while she removed the thing. Then the owner came over to apologise (no apologies were necessary) and to take the strange creature away. I noticed that Enzo looked shocked by the whole incident, but as we walked away my tail was wagging, and I was happy as I had shown the young pup how brave an old dog can be! After that I looked up lots and this is what I saw.


(You can click on the photos to make the monsters bigger!)